The number of cheaters is increasing every day. The discontent is rising on the afk tier gaming video game forums. In recent months, many titles have suffered an influx of rogue players . “ Cheating has increased by about 50% since January on Destiny 2 ” noted developer Bungie in late April. But it is far from being the only title affected. The Call of Duty: Warzone, PUBG, Counter-Strike: Global Offensive teams are also on a war footing. And barely a month after the launch of the Valorant beta, Riot Games indicated that it had already had to ban more than 8,000 cheaters.Suffice to say that game publishers are sleeping moderately well at the moment. Fighting cheating in the video game is indeed a complex battle. First, because there is a wide variety of solutions. The most dangerous for publishers are those used in multiplayer games.

A study commissioned in 2018 by Irdeto (creator of the Denuvo anti-cheat solution) confirms the danger. “ 77% of online gamers surveyed say they are likely to stop playing a multiplayer title if they think other participants are cheating ,” explains Steeve Huin, VP in charge of business development, marketing and partnerships. And 48% say it will lead them to buy less in-game content . “ The aimbot is without doubt one of the most problematic cheats because it will generate a lot of frustration in other players, it has a very negative and very direct impact on their gaming experience.

But the list of cheating techniques is as long as your arm . We find of course all the tools that give the cheater more information than they should have: Wall hack to make the walls transparent, Camera hack to have a wider view in the game, Radar which gives the position of the enemies or items… Add to that Drop hacks which disconnect the cheater if he is about to lose, Scripting which allows him to react perfectly and instantly to his opponent’s actions or Boosting which artificially inflates its success rate through fake accounts. Without forgetting all the tips for unlocking advantages (characters, costumes, etc.) or filling your chests with virtual currency… Not only are the options vast, but as the PUBG teams note, the cheaters are “ excellent at adapting to the measures/protections put in place ”. This is linked to the fact that a real cheating market has gradually structured itself. Sellers now do not hesitate to offer their solutions in the form of a monthly subscription in return for regular updates of their cheats. Some sophisticated and expensive techniques are even sold to a limited number of players to reduce the risk of them being spotted by the publisher.

To protect themselves, publishers therefore rely on technology . “ Anti-cheat software integrated into the game is becoming more and more frequent , ” explains Yoann Bouchard, director of tournaments and leagues (LFL, R6FL) at Webedia. And the protection tools are improving ”. Once these systems are in place, a grid of sanctions remains to be determined.: temporary ban, permanent ban, etc. Some publishers, however, sometimes opt for more playful penalties that materialize directly in the game. Make the cheater wear a dunce cap, deduct points from him… the possibilities are endless. On Call of Duty: Warzone, fraudsters are even grouped together. Players ready to do anything to win can thus continue to practice but only face… other unscrupulous players. The ultimate punishment for a cheater? 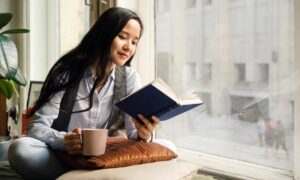