The game’s goal is straightforward; it has unique features that entice players to come and create their own games, play more games, show interest in other players’ games, and do a variety of other things. Its popularity stems from its distinguishing characteristics. If you’re looking for Roblox Script Executor, you’ve come to the right place. I’ll help you find the best Roblox Script Executor; there are hundreds of scripts available, but these are the best scripts for you, so let’s get started.

What Exactly Is Roblox Script Executor?

Let’s define Roblox Script Executor first before we get into the best script executor. It is a method or software designed specifically for running scripts written in any programming language, such as JavaScript, Lua, or PHP. You’ll need legitimate scripts to run them; as previously stated, there are 100 scripts available, but only a few of the best scripts are available for your game.

A Roblox Script Executor provides in-game tools that are normally prohibited or discouraged, such as aim-bots that bolt onto players’ bodies or heads, ensuring every punch and no mistimes.

First, we have JJSploit for you if you don’t want to spend a lot of money; it works as a cheat, but these scripts aren’t illegal so that you can use it. The user interface is straightforward. JJsploit features Fly, God Mode, Speed, ESP, Infinite Jump Teleport, and other features in addition to its simple user interface. Despite the fact that it frequently crashes, it is also quite useful.

It also has and does not have a key system, making it quite fragile. If you don’t want to spend money, as previously mentioned, you could use this to cheat in your game. It also begins creating presets and begins by timer.

Another excellent script is krnl executor, which has a 5-checkpoint key system and can thus run almost any script, making it one of the best Roblox Script Executors. It’s also dependable, and it offers the majority of the features found on premium Roblox script executors for a low price.

It also includes full drawing support, a debugs library and many other features. This is capable of running highly complex scripts, such as Owl Hub, with ease. It does not crash as frequently as JJSploit, making it an excellent choice for you.

If you play the game, you’re probably aware that one of the most popular Roblox script executors is Synapse X. It comes with a plethora of themes as well as an easy-to-use whitelist capable of circumventing Roblox safeguards. The only drawback is that Synapse X isn’t free; it requires payment, but it’s only $20, and it’s well worth it because it has many features that make your game easier to use, such as quick injection, innovative UI, faster updates, and much more. It can, however, execute any.lua scripts efficiently. One of the most important features that distinguish us from other scripting engines is our speed.

It is very responsive, and you will not have to wait long for results.

Proxo is the best alternative if you’re looking for a script that provides high-quality modified scripts that you can use in any Roblox game. It is extremely stable and provides many interesting features to its users. It’s essentially a straightforward script with no complications.

This script is intended to improve and smooth out your game. There are numerous scripts available, ranging from Phantom Forces Gun Mods to Arsenal Silent Aim. If you want your game to run more smoothly and easily than before, this script could be an excellent choice for you.

Sentinel is yet another fantastic Roblox script executor I looked into for you; it’s basically suitable for everyone, and the fact that it allows users to run scripts in a secure environment makes it a worthy choice. It has many features and the installation process appears to be quite simple.

This is the script for you if you want something simple to use and install. One of the features you’ll appreciate about the program is its minimalist UI.

So now you know what Roblox Script Executors are and how many other script executors you can use. I hope you found this article useful. Many people may be wondering if it’s illegal to use. It’s not illegal to use if you want to advance in your game, but it’s illegal if you hack or try to steal data. Otherwise, it’s perfectly legal.

Also, if you know any Script Executors or have personal favorites, please let us know in the comments section below so that we can assist other players. Furthermore, because no website guarantees your safety, you must download these scripts at your own risk. Have fun gaming! 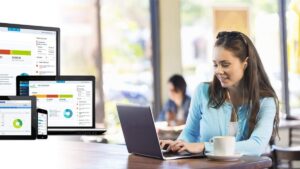 Previous post What Is The Best Way To Connect With QuickBooks? 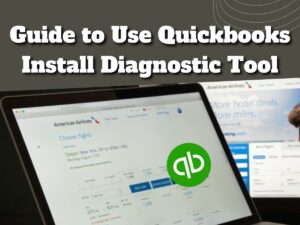 Next post Guide to Use Quickbooks Install Diagnostic Tool