Several complaints have been filed against the manufacturers of Onglyza and Kombiglyze XR, AstraZeneca and Bristol-Myers Squibb. The complaint alleges that the manufacturers did not warn patients about the risk of heart failure when taking these medications.

Several studies have shown that Onglyza may increase the risk of heart failure. This drug is part of a class of medications known as dipeptidyl peptidase-4 (DPP-4) inhibitors. Other medications in the class include Merck’s Januvia and Takeda’s Nesina.

The FDA has prompted several manufacturers of diabetes drugs to add a heart failure warning to their labels. They’ve also launched an investigation into the possible risk of pancreatitis. This is in addition to the fact that Onglyza has been linked to severe joint pain.

In 2013, AstraZeneca completed a 16,000-patient study of saxagliptin. It found that 3.9 percent of patients who took the medication needed hospitalization for heart failure. This translates to a 27 percent increase over the group that took a placebo. The panelists who reviewed the study were not surprised by this statistic. However, they were more concerned with the number of heart failure cases reported by the group.

The study also found that Onglyza’s use was associated with an increased risk of developing pancreatic cancer cells. Researchers were not able to determine the specific reason for this increase, but it’s possible that the drug has an unknown mechanism.

FDA officials said they had to take a closer look at the data from this study to ensure that it was reliable. They also asked AstraZeneca to perform additional cardiovascular trials. This is in addition to the FDA’s requirement that manufacturers provide evidence of cardiovascular safety before gaining approval.

Onglyza is a prescription medication for type 2 diabetes. It works by stimulating the pancreas to make more insulin. Aside from this, it has been linked to serious side effects such as pancreatitis and pancreatic cancer. The FDA also issued a safety communication on Onglyza in February 2014. It warned against the possible risk of heart failure.

Hundreds of lawsuits have been filed against AstraZeneca and Bristol-Myers Squibb for allegedly concealing the risks of heart failure and other cardiovascular complications caused by the diabetes medication Onglyza. The United States Judicial Panel on Multidistrict Litigation consolidated federally filed Onglyza lawsuits into one case.

A Texas man, who was prescribed Onglyza for three years, has filed a lawsuit against AstraZeneca and Bristol-Myers for causing his heart failure. He is seeking $75,000 in damages. He also claims the drug companies knew about the drug’s cardiovascular risks and failed to warn the public.

The lawsuit also claims Bristol-Myers Squibb acted negligently in promoting the drug. The plaintiff alleges that the companies violated the North Carolina Unfair and Deceptive Trade Practices Act. He alleges that the drug companies failed to warn consumers of the drug’s risks and over-promoted it.

A Kentucky woman, who took Onglyza for two years, has also filed a lawsuit against Bristol-Myers Squibb for cardiovascular injuries. The lawsuit states that the drug caused her congestive heart failure.

Another complaint was filed against Bristol-Myers Squibb by an Illinois man who claims that the company acted negligently by failing to warn consumers of the drug’s risks. He asserts that the drug companies misrepresented the risks of the drug in their marketing materials.

Several plaintiffs have filed lawsuits alleging that the companies failed to warn consumers of the risks of death and heart failure caused by the medication. These lawsuits may provide compensation for medical expenses and loss of wages. The lawsuit may also help the plaintiff recover compensation for pain and suffering.

The medication is also contraindicated in patients who have metformin hypersensitivity. It is also not recommended for use in children.

It is also recommended that you stop taking KOMBIGLYZE XR if you develop pancreatitis. The medication may also cause a rare pancreatic inflammation. It is also not safe for breastfeeding.

Kombiglyze XR may also cause lactic acidosis. This condition is very rare but can be dangerous. It can cause weakness, abdominal pain, and fatigue. It can also cause respiratory distress.

Several lawsuits were filed against the pharmaceutical company Bristol-Myers Squibb in early 2018 after a study showed that patients taking Onglyza and Kombiglyze XR were at an increased risk of heart failure. During the time that the drug was on the market, the drug manufacturer failed to warn the medical community about the risk of heart failure.

The FDA has raised alarm over the potential harm caused by Onglyza and Kombiglyze. The agency has recommended that the drug be removed from the market. It has also requested clinical trial data on heart failure. The study found an increase in hospitalization for heart failure among patients taking the drug.

The FDA also cited a link between Onglyza use and the development of pancreatic cancer cells. It also noted the need for more information about Onglyza. It is unclear whether these risks are caused by the drug itself or by a combination of Onglyza and Kombiglyze.

In October 2017, the FDA ordered AstraZeneca Pharmaceuticals LP to update their warning labels on the drug. They were also ordered to add a new warning that said Onglyza and Kombiglyze can increase the risk of heart failure.

If you or a loved one has been harmed or suffered from a serious medical condition after taking Onglyza or Kombiglyze, you may be eligible for compensation. This includes pain and suffering, medical costs, lost wages, and wrongful death.

You may also be eligible for money damages in a settlement or court case. A lawyer can evaluate your case and help you seek compensation. A lawsuit isn’t a guarantee of success, but it can be a good way to find out what your options are. 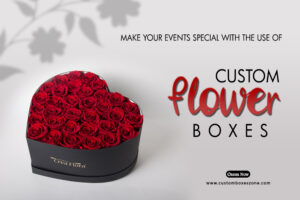