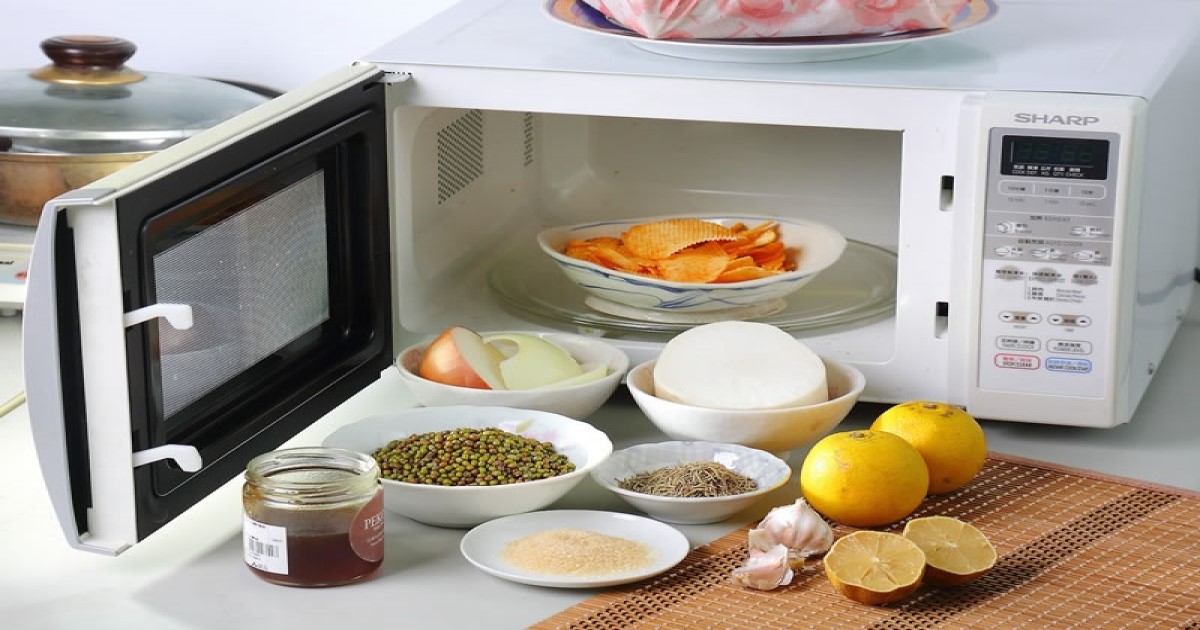 Have you ever heard that microwaves are bad for you, can destroy micronutrients in your food, or cause cancer? Are these myths? do we have nothing to worry about? Or is there a bit of truth in this? Do not worry about it. All of these concerns will be addressed at the end of this article.

Microwave ovens have grown in popularity since the 1960s for their convenience, energy efficiency, fast processing times and ease of use. Since then, researchers have explored how microwaved foods can positively or negatively affect nutritional value. All of the microwavable minerals are retained but lost the vitamin C that was injected into the added water. Does this mean we shouldn’t microwave vegetables? First, vitamin C is highly volatile with heat, so it is often lost during cooking. Now here’s the most interesting part. Microwaves have been shown to cause the least antioxidant loss in vegetables compared to pressure cooking, boiling and roasting. This is really good news.

What about omega 3 in fish?

A study published in Food and Bioproducts Processing examined the effects of different cooking methods on the nutritional value of sea fishes. Omega-3 fat loss was higher in microwaved sea bass than in fried sea bass. Agree no! Choosing a cooking method for you (or your client) comes down to your personal goals of which nutrients to get more and which to avoid.

As you’ve probably heard, concerns have also been raised about using plastic containers when heating food in the microwave. Chemicals can then leak from the plastic into the food. This seems like a major concern for people, but according to a study, it’s strictly regulated. Food is tested to ensure it does not contain unsafe levels, and only containers that pass this test can be food safe. Approved for use in the microwave. Meanwhile, Breast Cancer authorities is asking to ban BPA, a type of plastic used in most packaged products, not just microwave ovens. So if you’re concerned about these risks, look to safer alternatives like B glass or porcelain microwaves.

Perhaps the biggest health fear is those who claim that microwaves emit “harmful” radiation, turning harmless food components into radioactive substances that can cause cancer. But is this true? These claims are so alarming that it’s worth delving into the basics of microwave radiation.

Have you ever wondered what radiation is? Radiation surrounds us everywhere in varying amounts. It’s basically the release of energy from everyday things like the sun and household appliances, and we’re constantly exposed to natural background radiation. From radioactive gases emitted from the earth to radioactive substances in the ground. Have you ever taken an x-ray? It’s a different form of radiation. Have you ever used a solarium? Also radiation. Cell phones emit radiation, as do computers, heaters, and radios. It is everywhere! Does this mean that we are constantly at risk from the microwave and the world around us?

How does a microwave work?

Before we talk about how microwave ovens heat food, let’s distinguish between two very different types of radiation: 1. ionizing radiation and 2. non-ionizing radiation. Ionizing radiation, which can remove strongly bound electrons from atoms and charge them, is less dangerous at very low doses (e.g. X-rays) but can cause problems at large doses (e.g. X-rays). Think burns and even DNA damage). However, microwaves emit non-ionizing radiation. It has enough energy to move the atoms in the molecule but not enough to remove electrons. what does that mean? Microwave radiation is non-ionizing, so it can only move the molecules inside the food. It’s good! In other words, microwave radiation cannot change the chemical composition of food ingredients, this energy makes the water molecules vibrate, and this (harmless) friction generates heat, which cooks the food. This mechanism allows microwaves to heat food much faster than other methods. This energy immediately reaches the particles about 2.5 cm from the outside of the food, but the heat from other cooking methods gradually penetrates the food by conduction, such as baking the bottom of a pan in direct contact with a hot stove. Get Xanax Online

Basically, microwaves don’t make food radioactive. You’re just warming them up! Microwaves have not been proven to harm the food we cook. So as long as you follow the included directions, you won’t have to worry every time you reheat a soup or leftover baked beans. in your microwave.

Why Affiliate Marketing Is So Much Better Than Google AdSense

Camel Cash Casino—the Game that Outshines All Other Games

Remicade Side Effects: Everything You Need to Know